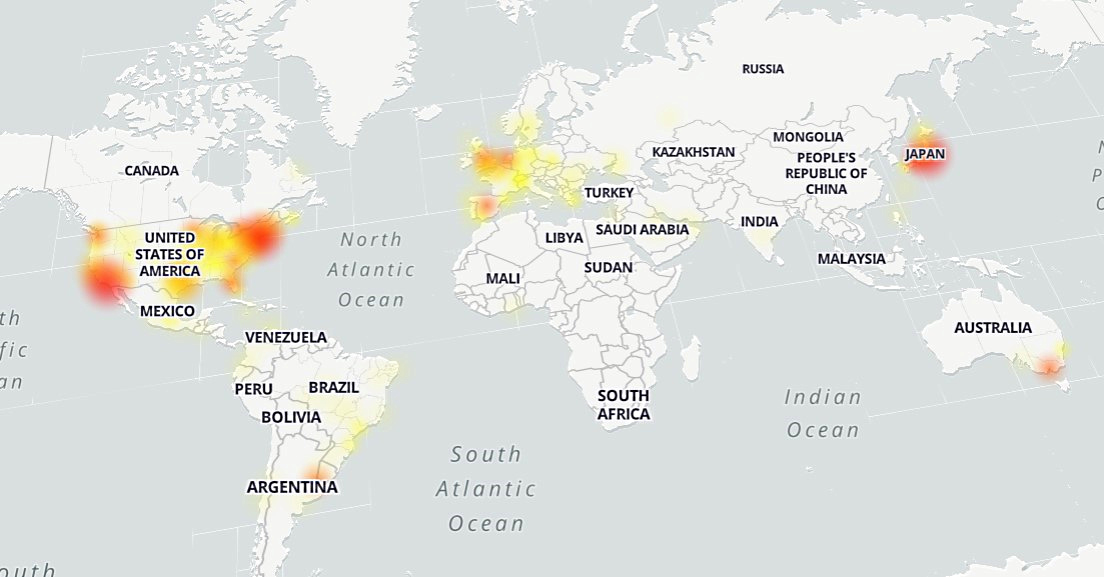 Twitter is experiencing a worldwide service disruption preventing users from both sending tweets using Tweetdeck, the social network’s apps, and website, or from seeing their notifications.

Twitter is currently investigating the issue leading to broken notifications and “Nothing to see here — yet” messages, as reported by countless users starting about an hour ago.

When trying to tweet, users are currently seeing “Tweet failed: Twitter is temporarily over capacity. Please try again later” and “Something went wrong, but don’t fret — let’s give it another shot” errors. 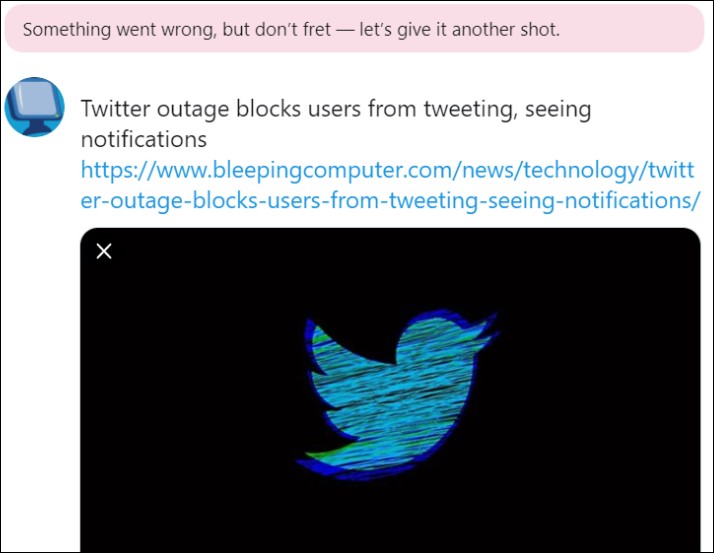 “We know people are having trouble Tweeting and using Twitter,” Twitter says on its status page. “We’re working to fix this issue as quickly as possible.”

Twitter also says that there is no evidence that this outage is caused by a hack or a security breach.

Another incident report was posted earlier on the Twitter API Status page regarding “irregularity with Twitter APIs.”

“We are currently investigating this issue,” Twitter says. “More updates to come.”

Twitter went through a similar outage on October 1 when users were having trouble both sending and seeing tweets.

In August, Twitter also experienced a worldwide service disruption preventing users from receiving account verification codes via both phone calls and text messages making it impossible for users to authenticate if they had two-factor authentication (2FA) configured to use these two methods.

This is a developing story and will be updated as more information becomes available.

Twitter has been down for many of you and we’re working to get it back up and running for everyone.

We had some trouble with our internal systems and don’t have any evidence of a security breach or hack.